Cannabis Legalization Up for Vote in 5 States; Here’s How You Can Help!

There are five states with cannabis legalization initiatives up for a vote this November. With polling showing all of these up in the air, it’s crucial that proponents of legalization get involved; and you don’t have to live in one of the states voting for legalization to help bring a change.

Below is how to get involved:

Nevada’s Question 2 was the first of the recreational cannabis initiatives to officially make the November ballot, and things have been relatively quiet since. Opposition has been almost nonexistent, and advocates recently purchased around $1 million in ad space. But don’t be surprised if opponents spring up in the final weeks, so proponents can’t rest and assume it will remain an easy fight.

An unprecedented number of states will vote on marijuana this fall

This is a pivotal year for American drug policy. More states than ever will consider easing restrictions on marijuana use this November: Voters in five states will decide whether to fully legalize recreational use, while voters in four more will weigh in on whether to allow medical marijuana.

The outcome of these initiatives could set the tone for the national marijuana legalization discussion going forward. Big state victories for the pro-marijuana contingent -- recreational weed in California, medical marijuana in Florida -- could widen the gap between state and federal marijuana policies, ratcheting up pressure on Congress and the next presidential administration to provide a fix. 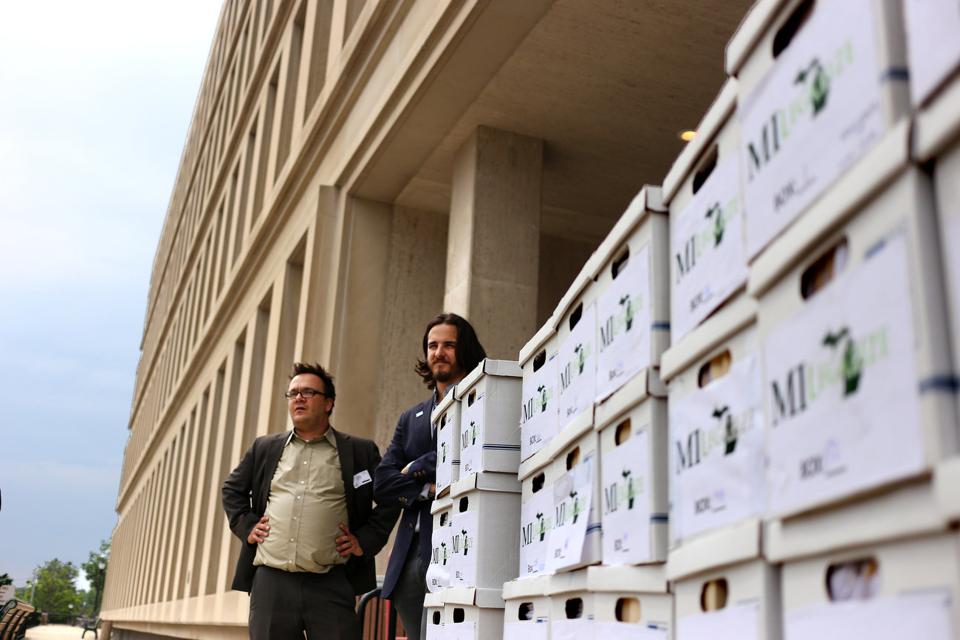 Believers in the right for Michigan voters to decide whether or not the state should legalize recreational marijuana use for people 21 and older are taking the fight to the state's highest court.

MI Legalize, the group behind the effort to place a question about legalizing recreational marijuana use on the November 2016 ballot, filed a motion for the Michigan Supreme Court to overturn a lower court's ruling that the state has no obligation to count all of the the submitted voter signatures.

"Immediate action is necessary so that the voters are not deprived of their right to vote" on the question in the November election, the Thursday, Aug. 25, motion submitted to the Supreme Court reads, asking for the case to be expedited.

Is it Cannabis Or Is It Marijuana?

Many people may wonder what the difference is between these terms, if any.  The fact of the matter is that the answer to this question is deeply rooted behind years of propaganda and conjecture that have been fed to us by the U.S. Federal Government.  These two terms actually mean the same thing, but the term Marijuana has everything to do with why this seemingly limitless plant is still federally prohibited in our country today.

‘Marijuana’ was a slang term that followed the many Mexican immigrants who were seeking refuge from civil war in the early 1900’s. Most people at that time didn’t realize that Cannabis and Marijuana were one and the same. The term ‘Marijuana’ was adopted by the propagandists of the time in an attempt to attach a racist and negative stigma to its public perception.

Study Shows That Legalizing Cannabis in CA Could Make a $6 Billion Industry!

The California cannabis market has the oldest medical cannabis program in the entire U.S.  After many years of different legalization measures being put on the ballot and failing, there are a few on the ballot again this year.
Legalizing recreational marijuana in California could create a $6.46-billion market for legal use of the drug by 2020, according to a new report.
Read more about this new report here
http://time.com/4466338/california-marijuana-legalization-vote-revenue/
Source:http://www.theweedblog.com/study-shows-that-legalizing-cannabis-in-ca-could-make-a-6-billion-industry/
Comments

SACRAMENTO, CA—Today, Tom Campbell, the respected former Republican Congressman and legislator, former Director of the California Department of Finance under Governor Arnold Schwarzenegger and current law school professor at Chapman University in Orange County, officially endorsed Proposition 64, the Adult Use of Marijuana Act, which will be on the statewide ballot in November.

“Proposition 64 is a smarter, safer and more fiscally sound approach to adult-use marijuana than what our state is presently doing,” said Campbell. “It will save law enforcement and state taxpayers tens of millions of dollars in reduced enforcement costs that can and should be dedicated to anti-drug education. It will also reduce the underground marijuana market and loosen the stranglehold of the drug cartels.”

“Our present approach, by contrast, puts too many young people into jail, has a racial impact that is very harmful in our state, and makes money for criminals,” he continued. “I have never smoked marijuana, and I do not advocate anyone doing so. But I know the difference between a public health problem and a law enforcement problem. Proposition 64 is the right solution at the right time for California.”