In New Jersey, a renewed push to make marijuana legal

Christie is not likely to change his strong opposition to legalization, even though he signed a bill last month allowing patients with post-traumatic stress syndrome to obtain cannabis. It was the first time a mental-health condition was added to the list of qualifying ailments.

But lawmakers say three legalization bills introduced this year would get discussions started, in anticipation of Christie's term ending in 2018.

9 States to Vote Soon on Expanding Legal Access to Marijuana

SAN FRANCISCO (AP) — From California, with its counterculture heritage, to the fishing ports and mill towns of Maine, millions of Americans in nine states have a chance to vote Nov. 8 on expanding legal access to marijuana. Collectively, the ballot measures amount to the closest the U.S. has come to a national referendum on the drug.

Five states – Arizona, California, Maine, Massachusetts and Nevada – will consider legalizing the recreational use of pot. Three others – Florida, Arkansas and North Dakota – will decide whether to permit marijuana for medical purposes. Montana will weigh whether to ease restrictions on an existing medical marijuana law.

As the most populous state, with a reputation for trend-setting, California is attracting the most attention – and money – in an intensifying debate over Proposition 64.

Nearly two years after Oregon voters legalized recreational cannabis with the passage of Measure 91, a strong majority say that it has thus far had a positive impact on the state, new data released by DHM Research shows.

According to the survey, 61% of voters in Oregon believe legalizing cannabis has been a positive development in the state, with roughly 30% stating that they feel it’s had a negative impact. The 61% is a 5% increase over the percentage of voters who voted “Yes” onMeasure 91 in 2014 (56%).

The poll also found that 60% of voters oppose city and county-wide bans on recreational cannabis sales, though they do support city-wide sales taxes (69%), 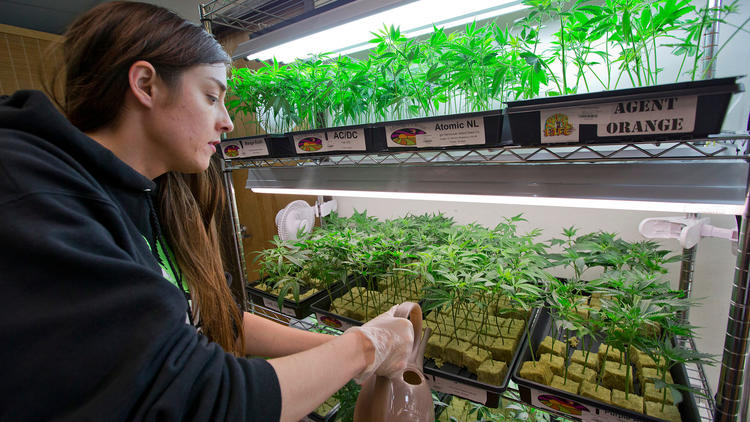 Californians seem hot to visit a legal pot shop and smoke a joint or munch a weeded brownie. But driving home could be risky.

No one — not even highway patrolmen — knows precisely how stoned a motorist can be before he’s dangerously under the influence of cannabis.

Unlike with liquor, there’s no 0.08% blood alcohol equivalent for marijuana. There’s not even a common Breathalyzer to measure drugged driving. And there’s nothing around the corner.

A new poll from California’s Public Policy Institute puts support for Proposition 64 at a solid 60 percent.

That’s from a poll of 1700 likely voters in the state. Opposition votes trailed, at 36 percent.

That’s right on the mark of previous poll tracking; with less than 50 days to go to the election, legalization seems assured in a state with an economy that on it’s own would make it the sixth largest in the world.

Rick Steves, host of the popular and long-running PBS series Rick Steves’ Europe, has agreed to make a matching donation of $100,000 to the campaign behind Massachusetts’ Question 4 which would legalize cannabis and is up for  a vote this November. Steves’ will also be touring the state in support of Question 4.

Steves, who is also a popular author and known philanthropist, was a key supporter of Washington’s Initiative 502 which was approved by voters in 2012. Back then he toured the state in support of the initiative and made financial contributions, as he plans to do in Massachusetts. He also touted legalization during initiative campaigns in Colorado and Oregon.