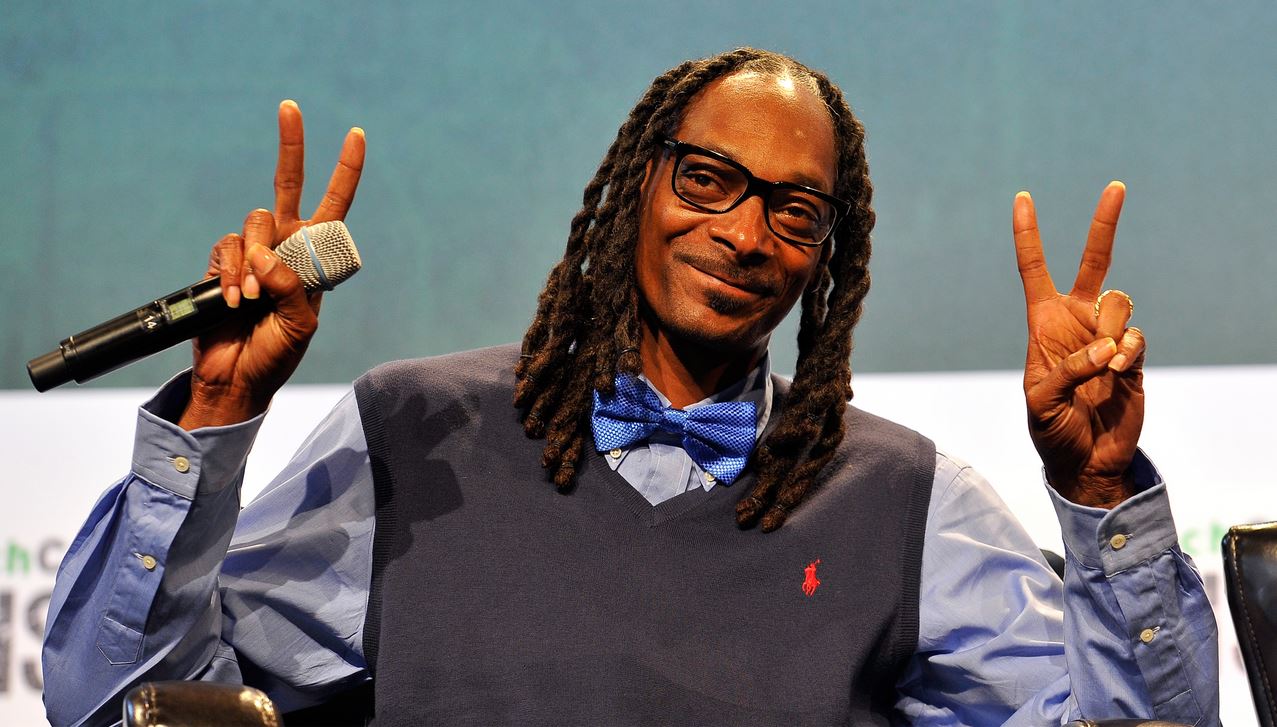 Rapper-turned-tech-investor Calvin Broadus, better known as Snoop Dogg, is now a startup founder, too: he’s launching Merry Jane, a marijuana lifestyle site that he said will be “the encyclopedia to the cannabis world.”

Snoop laid out plans for Merry Jane on stage Monday at the TechCrunch Disrupt conference: the site will be a gathering place for everyone from those curious about cannabis to seasoned smokers and will feature things like original video content, including a series called “Deflowered,” where people get high and describe a new experience they had while enjoying marijuana.

As a budding venture capitalist, Snoop has already dabbled in investing in a few startups, usually with a focus on marijuana. His fund is called Casa Verde Capital and invested earlier this year in Eaze, an on-demand weed startup. He as also invested alongside actor Jared Leto in Robinhood, a free stock trading platform. 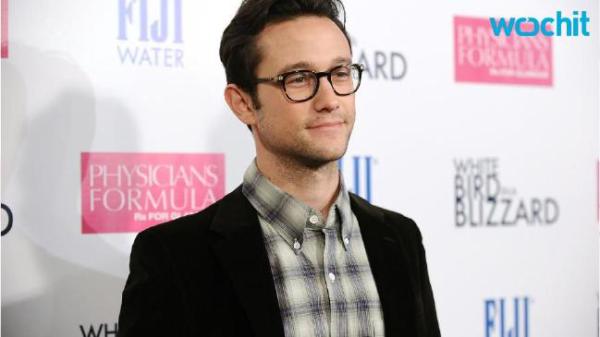 Here is another example of a successful individual who is not afraid of sharing how cannabis helps him – actor Joseph Gordon-Levitt. You may know Joseph Gordon-Levitt from several movies such as The Dark Knight Rises, to Inception, and also his upcoming movie, The Walk.

So why is Joseph Gordon-Levitt sharing how cannabis helps him? He actually cares about the demonizing stigma that cannabis has carried for decades and how it is continued to be portrayed negatively throughout society. He personally cannot understand why there is such a negative stigma surrounding the plant – just like all of us.

In an interview with PlayBoy magazine, he explained, “Even though the tide is turning, I think marijuana is overly demonized in our culture. I do know people who let it get out of control and let it play a part in their lives that’s not beneficial. There’s definitely an addictive quality, but it’s psychological. It’s not physically addictive in the way cigarettes or alcohol are physically addictive.”

Ronda Rousey About NSAC: “There’s No Reason For Them To Be Testing For Weed”

Recently, mixed martial arts fighter Nick Diaz was suspended for five years by the Nevada State Athletic Commission for testing positive for marijuana. The outcry against such a harsh penalty was swift from the cannabis community, and from UFC fans everywhere. People were quick to point out that when someone fails a test for steroids, they are given a one year suspension. So why such a harsh sentence for Nick Diaz? Mixed martial arts champion and superstar Ronda Rousey had some very candid words for the Nevada State Athletic Commission over Nick Diaz’s suspension. Per MSN:

“I’m sorry, I know no one asked me anything but I have to say something,” Rousey said. “It’s so not right for (Diaz) to be suspended five years for marijuana. I’m against them testing for any weed at all. It’s not a performance-enhancing drug. It has nothing to do with athletic competition, and it’s only tested for political reasons so they say, ‘Oh, it’s only for your safety so you’re not hurting yourself when you’re out there.’ So why don’t they test for all the other things that could possibly hurt us that we could be under the influence of while we’re out there?

“There’s no reason for them to be testing for weed. In athletics, the beautiful thing about it is it separates everything from politics. It shouldn’t be involved at all.”

Rousey expressed frustration in the fact Diaz’s UFC 183 opponent Silva, who failed multiple drug tests around the event for anabolic steroids, was only handed a one-year suspension for his violation. Diaz’s repeat offender status played a role in the outcome of his case, but regardless of that, Rousey said the difference in punishments shows an obvious problem. 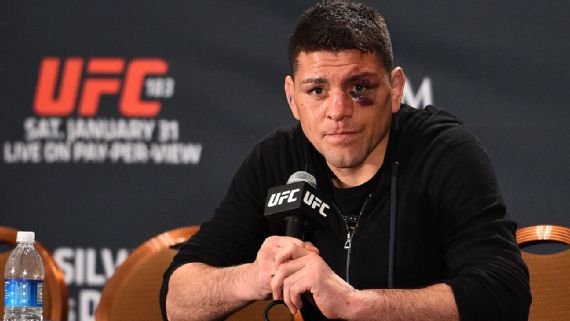 LAS VEGAS -- The Nevada State Athletic Commission suspended UFC welterweight Nick Diaz for five years on Monday because of the third marijuana-related offense of his career.

The NSAC discussed a lifetime ban for Diaz, 32, before voting unanimously on five years.

Diaz (26-9) appeared before the commission in person but declined to answer any of its questions. Commissioner Pat Lundvall forced Diaz to verbally plead the fifth throughout a long series of approximately 30 questions. 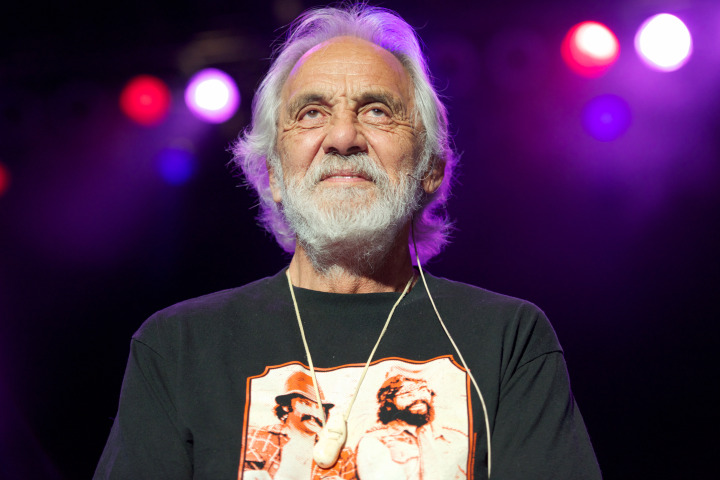 “It’s a stoner’s version of Jon Stewart,” he tells us, saying they’ll discuss “anything that affects the pot smoker’s status in any way, negative or positive.”

Chong, who has undergone chemotherapy for rectal cancer and is facing surgery in six weeks to remove the tumor, says marijuana for cancer treatment is his biggest topic.

“I’m in the middle of an experiment,” he explained, saying he’s taking marijuana, “orally and topically, and I have the blessing of all my straight cancer doctors.”

Chong touts pot’s use as a painkiller.

“I’ve been offered a lot of exotic painkillers that give you a tremendous drug habit,” he said. “I’ve been using pot instead . . . and that’s been the most beneficial.” 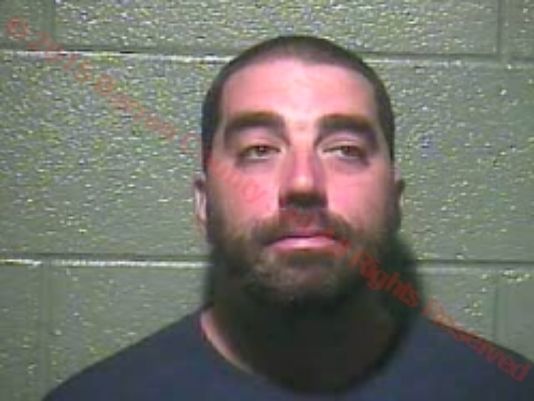 Will Russell, founder of Lebowskifest, the Funtown Mountain amusement park and Why Louisville store, was arrested Saturday by Cave City, Ky., police on charges of driving under the influence, possession of marijuana, and other charges.

Russell, 39, was also charged with having an open container of alcohol in a vehicle, drug paraphernalia and no insurance card, according to Barren County Corrections records.Russell has a court date Monday.

Russell on Saturday was due to stage the first Beetlejuice on the Mountain event, including a free screening of Beetlejuice at the “totally haunted Opera House” on top of Funtown Mountain.

Russell was arrested at Executive Strike & Spare during Lebowskifest in July on charges of possession of marijuana, resisting arrest and menacing.