If Cannabis gets legalized in California.... 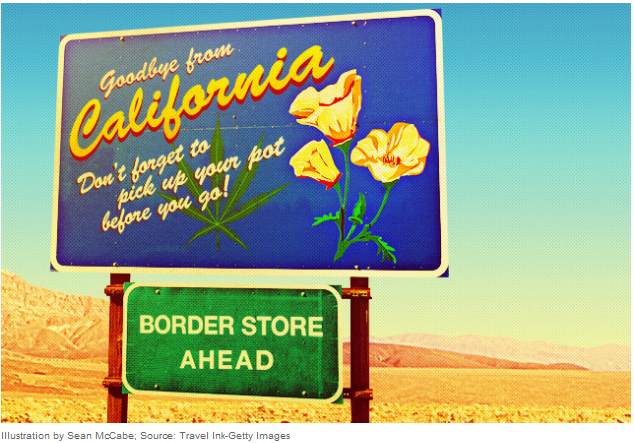 I can absolutely see this sign being put up for all those tourists ;). Could California be the the new Amsterdam? Maybe we will have the "Green light District".

Comedian, songwriter and performer Steve Berke has came up with a kick ass video that rocks the political world. Watch it, share it and enjoy it.

Boxing great Mike Tyson recalls his friendship with rap icon Tupac Shakur in a new documentary airing on ESPN Tuesday night. The film, One Night In Vegas: Tyson & Tupac, chronicles the pair's friendship and the night in 1996 when Shakur was shot on the Las Vegas Strip.

The mercurial boxer has one big regret about their relationship. "He always wanted me to smoke weed with him, and I never did, and I wish I did," Tyson said, reports AP music writer Nekesa Mumbi Moody.
Tyson said he turned down the pot because he was a "closet smoker" and "didn't want it to get out" that he smoked weed.
"That's my biggest regret," Tyson says now, when he looks back on the lost opportunity.
Shakur, 25, was shot after a Tyson fight in Vegas on September 7, 1996. He died six days later.
(Source: tokeofthetown.com)
Comments

The next time somebody tells you Prop 19 isn't needed because "marijuana is already practically legal in California," call 'em on their bullshit. California reported nearly the same number of marijuana arrests in 2009 as in the previous year, which set a record all-time high for pot busts.

In 2009, there were 17,008 felony and 61,164 misdemeanor marijuana arrests in California, for a total of 78,172.
In 2008, there were 17,126 marijuana felonies and 61,388 misdemeanors, for a total of 78,514. This was the highest number of marijuana arrests since pot was decriminalized in California in 1976, according to Dale Gieringer ofCalifornia NORML.
"The record is clear that the war on marijuana has failed," Gieringer told Toke of the Town Wednesday afternoon.
(Source: tokeofthetown.com) http://www.tokeofthetown.com/2010/09/california_marijuana_arrests_remain_near_record_le.php
Comments