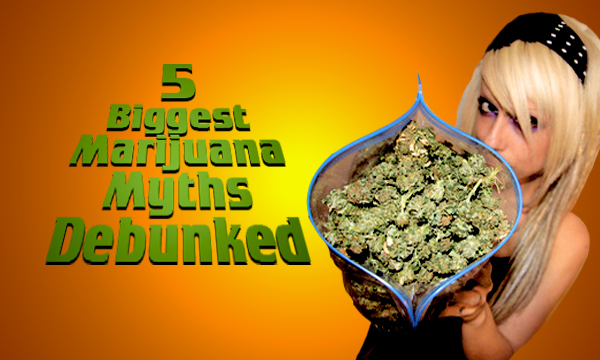 As marijuana quickly becomes more and more socially acceptable, millions of Americans are beginning to understand the lies that they have been told about pot. Here are the five biggest myths about weed that have prevented any kind of legalization movement from getting on a roll.

Many have said that smoking pot and smoking cigarettes is the same thing and, therefore; marijuana must cause cancer, as well. Not only have countless independentstudies disproved this, but some have actually found that marijuana decreased tumor growth by as much as 50%. (Sorry, cigarettes will still kill you.)

While prolonged use has shown to leave signs of dependence, marijuana does not actually contain a “nicotine-like” compound that causes it to be addictive. (This is similar to being “addicted” to soda.) There are little to no withdrawal symptoms, especially when compared to the withdrawal effects of drugs like cocaine or heroin – or even an alcohol-induced hangover.

3. Marijuana Is a Gateway Drug

Simply put, numerous studies have unequivocally disproved the idea that using marijuana leads to use of harder drugs. Marijuana has actually successfully been used to reduce hard drug users’ dependence on drugs. So, in reality, it is the exact opposite of a gateway drug.

Another myth where the exact opposite thing is true: Not only have studied disproved the ideathat marijuana damages your brain, they have found that it actually protects your brain from the damage that heavy drinking can cause.

5. Marijuana Has No Medical Uses

The government has often defended its marijuana policy by citing their own studies that say that marijuana does not have any therapeutic effects. Not true. Aside from the uses listed above, marijuana have been proven to have beneficial effects on people suffering from migraines, glaucoma, AIDS, Multiple Sclerosis, epilepsy, stomach disorders, and dozens of other health problems.

And, most recently, even the American Medical Association called for the government to remove its restrictive Schedule 1 status.

Groups in Colorado say they are launching two separate campaigns to help start the movement to legalize marijuana in 2010. After California was unsuccessful with prop 19. Colorado believes their chance is coming to be the first state to have legal marijuana and they believe their voters are ready to approve the legalization.

Why Weed Is Better Than Sex

Holy weed batman, this is one of the best videos I have ever seen. I couldn't stop laughing or starring at the beauty in this video. Great lyrics and just overall great! My only input would be combine the 2 and we have an ultimate winner ;)

Yesterday was a rough day for Cannabis 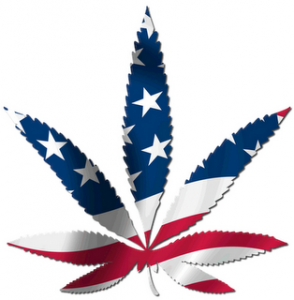 4 states shot down Marijuana measures yesterday including, California, Oregon, South Dakota and Arizona. What could of been a historical day for California turned into a victory for the people against the legalization of Cannabis. It would have been a great day in history to finally end the prohibition but unfortuantely it didn't turn out how we wanted. Oregon, S.D and Arizona also suffered yesterday with their medical marijuana measures also being defeated.

California's Prop 19 to legalize marijuana was defeated 54 percent No to 46 percent Yes.. With 97 percent of precincts reporting, Prop 19 was losing by eight points, just over half a million votes (3,891,521 No to 3,349,237 Yes). Servers were overwhelmed Tuesday night at the California Secretary of State's website.

Oregon's Measure 74, which would have legalized medical marijuana dispensaries in a state which already allows medicinal use of cannabis but provides no legal access other than cultivation, went down to resounding defeat with 567,254 votes, or 58 percent No, and 406,859 votes, or 42 percent Yes.

South Dakota's Measure 13, which would have legalized medical marijuana, was defeated even worse, with 199,464 votes, or 63 percent No, and 115,548 votes, or 37 percent Yes. The magnitude of the defeat puzzled activists who, just four years ago, came much closer when the medical marijuana ballot initiative, the first ever to be defeated in a statewide vote, went down 58-42. 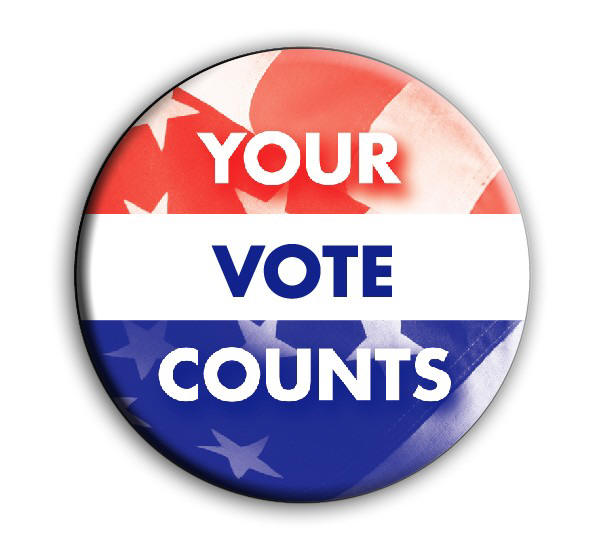 Even with massive support from celebrities and stoners across the state, prop 19 just couldn't make the cut.

"It's still a historic moment in this very long struggle to end decades of failed marijuana prohibition," said Stephen Gutwillig, California director for the Drug Policy Project. "Unquestionably, because of Proposition 19, marijuana legalization initiatives will be on the ballot in a number of states in 2012, and California is in the mix."

The battle may have been won this round but the war is far from over.